Using a public water supply for drinking or bathing, is a decision that each and every one of us have to make every day based on trust, science and other factors.

The trust issue is critical and cannot be underestimated. After what occurred in Flint from 2014 to the present day, if residents decide to never use tap water again for cooking, bathing or showering, who could blame them? Or for that matter, who could blame those making a similar decision after having witnessed (or hearing about) the Flint water crisis? We have met with residents of Washington D.C. who decades after being misled about water safety by CDC, EPA and the local utility DC WASA, will never drink unfiltered tap water again. That strikes us as a perfectly reasonable and rational decision based on life experience.  We would never try to “change your mind” on the issue of trust one way or another.  We are very upset that certain agencies responsible for water safety in this country, have proven themselves untrustworthy, and we aspire to do better.

In terms of the science, however, certain things are well understood and clear, and other things are not. As we have discussed previously, drinking, bathing, showering and washing hands in water is not a completely risk free activity in Flint (or elsewhere in the United States). How your body reacts to the water can depend on genetics, history of exposure, stress levels, and other factors such as the soaps and shampoos you purchase. So there cannot be one “right” answer.

Some people (especially immunocompromised individuals) can get disease from showering or bathing in public water supplies, including Legionnaire’s Disease. While the risk of anyone contracting disease from showering or bathing in the United States is very low, it is not zero. Also, if you are not showering and bathing because you think the water is giving you rashes or causing breathing difficulties, by all means, trust your judgment, and do not bathe or shower, because we do not fully understand this problem as it occurs in Flint or anywhere else in the U.S.

But a decision to not bathe, shower or wash your hands, increases your risk of contracting other serious sicknesses and disease.  Hygiene is very important—it is not just about looking or smelling good. Hand washing not only protects yourself, for example, but it protects people that you work with and that your children play with.  This is why many daycares, cruise ships and hospitals emphasize handwashing and hygiene.

Add it all up, for yourself and your family, and you have to make your own personal decision. We would never argue that Flint residents should take baths or showers in Flint water (or any other water), as there are alternatives such as sponge baths with distilled or bottled water which are not uncommon in other parts of the world, or using hand sanitizers in place of hand washing. But we do argue, that there are presently no scientifically valid chemical, biological or physical reasons, why bathing/showering in Flint water today is a riskier activity than in other cities.  In fact, given the intensive monitoring of the system by CDC and EPA, it is probably quite a bit safer.

We also argue, that if you stopped (or are thinking about stopping) bathing and showering, because of any of the following false claims that have recently been made:

You have being misled. These issues, should not be part of any equation, that influence your personal decision whether to bathe or shower in present day Flint water.

FlintWaterStudy was founded, to provide clear and honest information, that residents can use to protect themselves and their children, and that others can use to understand the Flint experience. We were the first to demonstrate that Flint water was unsafe from lead, we did the Freedom of Information Act requests that revealed those who were responsible for this manmade disaster, and we will stay vigilant until the Flint Water Crisis is over.  We feel it is our duty to call out anyone who abuses science to obfuscate truth or potentially harm residents:  that includes the Feds, State, Local or Third Parties.  We will defend anyone who wants to be part of the solution, and we will question anyone who is creating problems. 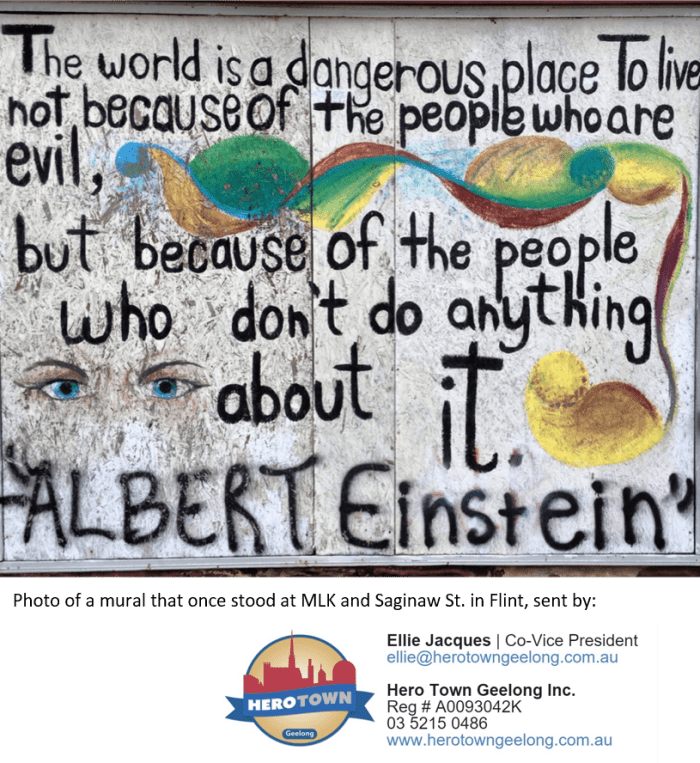 3 thoughts on “Should you bathe/shower in Flint water (or any water)?”