A coalition of Flint Citizens and scientists labored for almost 2 years to expose the Flint Water Disaster, and after a federal emergency was declared, the citizens, scientists, non-profits, EPA, CDC, the State of Michigan and FEMA were working together to solve problems.

A month after the recovery was underway, actor Mark Ruffalo’s “nonprofit” WATER DEFENSE came to Flint, and immediately began to “discover” dangerous levels of contaminants that no one else could confirm. The results, which supposedly came from “independent certified labs,” were provided to residents, and alarmist videos were released about supposed dangers of bathing and showering in Detroit water (4 months after switching from the Flint River).

We now reveal VIDEO RECORDINGS of Water Defense endorsed and/or coordinated SAMPLING EVENTS. These reveal why they are finding problems that no one else can.

The Water Defense coordinated sampling efforts create mountains of scary and useless data, after their improperly collected samples are submitted to “certified laboratories.” These reports have have been used to misinform and create unsubstantiated fear amongst unsuspecting members of the public in Flint and East Chicago. 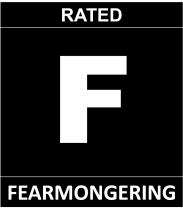 Water Defense’s 12-step program to collect samples purportedly showing dangerous levels of bacteria or other contaminants in water, results of which are then used to encourage use of over-priced and over-hyped filters that supposedly render the water safe.

WATER DEFENSE Step 1:
Get a kitchen knife and an unsterile water bottle

WATER DEFENSE Step 2:
Find Lead AND “Bacterias” that others do not find.

WATER DEFENSE Step 4:
Use a knife to scrape “bacterial fungi”* from the outside of your basement sewer pipe.

* “Bacterial fungi” is a new life form proposed by the Water Defense-TYT collaboration. If true, it is not only Nobel Prize worthy, but also WaterBug™ sponge worthy.

WATER DEFENSE Step 5:
Cap the already unsterile bottle. Whoops, dropped it on the floor? No worries… after all, the goal is to find bacteria no one else finds, and sampling the outside of a sewer pipe is not trying hard enough. Rub the cap on your shirt too.

WATER DEFENSE Step 6:
To find lead, collect water from the sediment clean out tap* on water heater. Act horrified when sediment comes out.

*Virtually every water heater manufacturer advises: It is recommended that the tank be drained and flushed every 6 months to remove sediment which may buildup during operation. When you don’t do this regularly, here is what can buildup in almost any water heater across the U.S. depending on water quality, hardness, temperature settings, etc.

WATER DEFENSE Step 7: Re-establish your team’s scientific credibility and incredible powers of observation … comment on the water that comes from the sediment clean out tap.

WATER DEFENSE Step 8:
Claim you are using EPA’s grab sampling method*, but violate it in ways that create falsely high lead (e.g., collect water from three valves that have high lead because they are not designed to dispense water for consumption, use infrequently used taps, etc.). Oh, and, don’t be scared just yet! That will come later when we give the invalid results to consumers!

* From EPA grab sampling instructions: Always collect a first-draw sample from a tap where the water has stood in the pipes for at least six hours (e.g., no flushing, showering, etc). However, make sure it is a tap that is used regularly, and not an abandoned or infrequently used tap.  […] First-draw samples collected at single-family residences must always be drawn from the cold-water kitchen tap or bathroom tap. [40 CFR 141.86 (b)]

WATER DEFENSE Step 9:
Send the improper samples to an independent lab who has no idea how you collected the samples! The *independent* is key!

WATER DEFENSE Step 10:
Now use the printouts from the “independent certified lab” to reveal all the “bacterias,” “bacterial-fungi,” lead, and other chemicals that no one else finds.

Don’t ever mention to consumers that if your sample collection methods are garbage and violate established protocols, that the results from an independent certified lab will be garbage too.

Experience the full magic of “An Improper Sample” on YouTube:

To be clear, there are serious lead-in-soil and lead-in-water issues that consumers in East Chicago, IN have been grappling with for many years. But the EPA R5 (after Susan Hedman resigned) rightly deserves much of the credit for exposing this issue. Three weeks after our post praising EPA’s efforts in East Chicago, Water Defense came to do their testing, just like they came to Flint a month after the Federal Emergency was declared (and 5 months after the disaster was first exposed).

Water Defense endorses sloppy tests done with a kitchen knife and is not embarrassed by “testing” using their now discredited sponge. In one video they use one sampling bottle to collect water from three different outlets (all of which are not intended for drinking water, by the way), and virtually everything they do is a case study in how to not conduct legitimate sampling as per EPA or Standard Method protocols. The mountains of useless and confusing data tend to obscure their unscientific sampling methods.

They also claim it is about the “integrity of data at trial” (i.e., in court), but when you endorse sampling with a kitchen knife and a used water bottle and unsanitary and illegal methods, will a judge or jury really listen?

Mark Ruffalo should be ashamed of his unscientific fear-mongering, which is causing residents unnecessary psychological trauma, undermining serious government relief efforts, and causing some residents to waste thousands of dollars on unnecessary filters to remove contaminants that are not even present in their drinking water.

Curious about the right way to sample drinking water and why that is the case? Check our FAQ from last week for a primer.